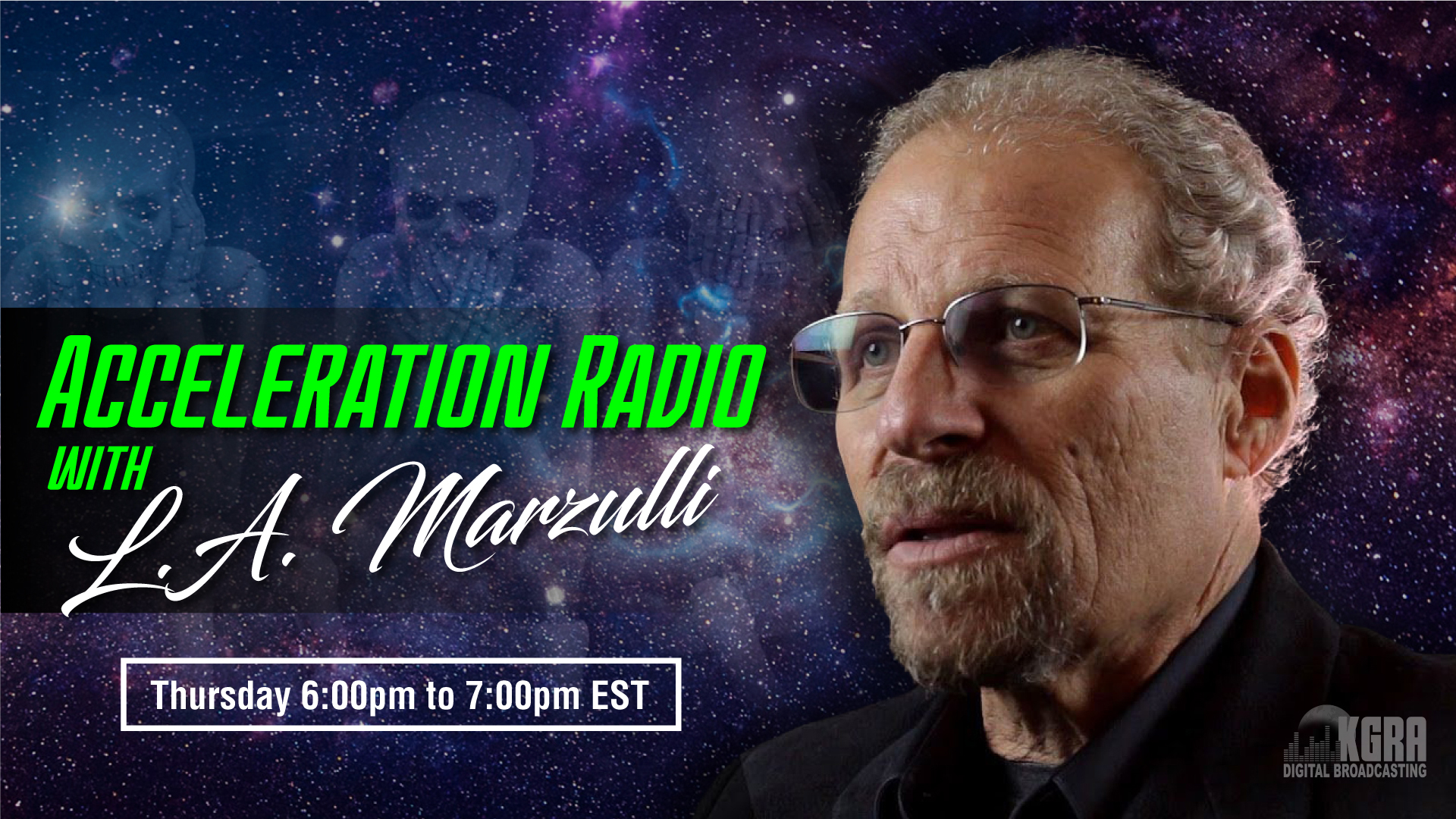 L.A. Marzulli is an author, lecturer, and filmmaker. He has penned ten books, including The Nephilim Trilogy, which made the CBA best sellers list.

Acceleration TV is a series launched by LA Marzulli and is recorded, usually, weekly. Covering…

He received an honorary doctorate for the series from his mentor Dr. I. D. E. Thomas, the Provost at Pacific International University. He was honored with the Gold Medallion award from Chuck Missler at the K-House conference in 2014. (Which amounts to a second Honorary Doctorate!)

His series On the Trail of the Nephilim I & II are full-color, over-sized books, which uncover startling evidence that there has been a massive cover-up of what he believes are the remains of the Nephilim, the giants mentioned in the Bible.

L.A. Marzulli teamed up with film producer Richard Shaw to create The Watchers series. There are now TEN installments in the series, and Watchers 7: UFO Physical Evidence, won UFO Best Film and the People’s Choice Awards at the UFO Congress in 2014!

Marzulli and Shaw show the long-awaited DNA evidence from the Paracas Skulls. In Marzulli’s opinion, what the DNA reveals re-writes history as we know it. Watchers 10 and the book Nephilim Hybrids, is packed with information concerning what Marzulli believes may be a massive cover-up. Marzulli has launched a new series, The Watchman Chronicles, his first independent film and released in March. The title of the series is In Their Own Words: UFOs are Real! This is a hard-hitting expose on the burgeoning UFO phenomena. The series is geared toward the skeptic as a wake-up call Marzulli calls: The Coming Great Deception.

Marzulli is a frank super-naturalists who has lectured on the subjects of UFOs, The Nephilim, and ancient prophetic texts, presenting his exhaustive research at conferences and churches, as well as appearances and interviews on numerous national and international radio and television programs.