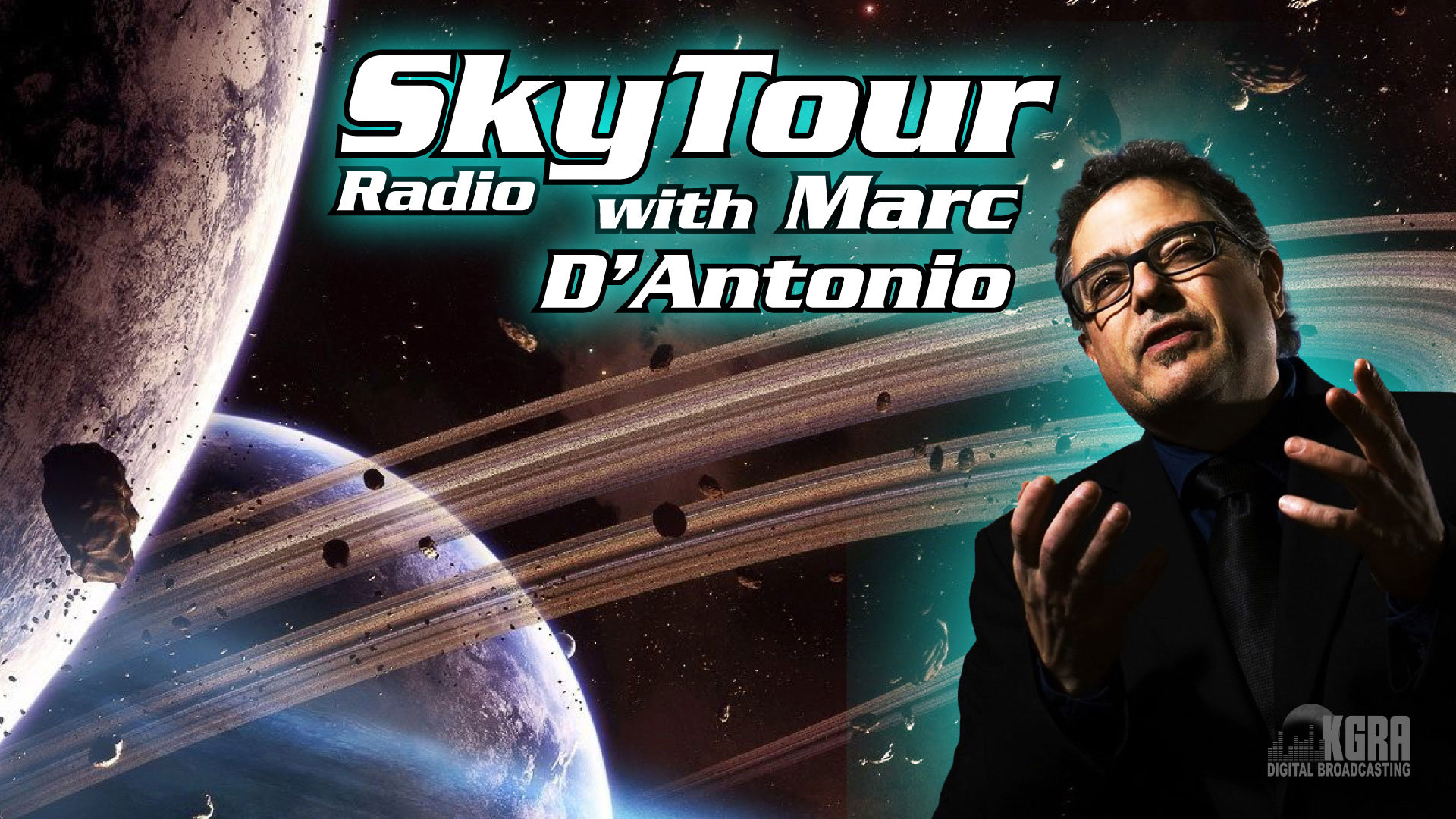 The weekly 2 hour show Sunday evenings starting at 8 PM Eastern focuses on the science and potential science surrounding the search for extraterrestrial life. Listeners hear about the origins of the many outlandish and amazing objects that the Universe has spawned with an eye on science. The show also presents an infinite supply of Astro-topics, science-based information on interstellar propulsion, offering the latest speculation on what we may find once we leave the Earth.

Marc D’Antonio has a degree in Astronomy and is the Mutual UFO Network’s (MUFON) Chief Photo/Video Analyst, host of SkyTour Radio on KGRA, and host and creator of SkyTour Livestream with Marc D’Antonio.

He’s on YouTube, where people can go to watch live as beautiful deep sky objects materialize before their eyes in mere seconds, courtesy of the SkyTour Livestream Remote Observatory and its research telescope.  Marc is the CEO of FX Models, a model making and visual/special effects company specializing in digital/physical models and organic special effects in the film industry. He has an extensive work history in the Film and Television arena.

Marc appears regularly on many networks and television shows, including “NASA’s Unexplained Files” on the Discovery Channel, “What On Earth!” on the Science Channel, “In Search Of” hosted by Zachary Quinto, Contact, on Discovery, and a variety of other shows. He is characterized as the Voice of Science Reason yet fully expects alien intelligence is out there and possibly even here visiting us at the Earth. His efforts in creating the Aerial Anomaly Detection System (formerly called UFOTOG2), a remote system to detect advanced propulsion at play in our local Universe with Academy Award winner Douglas Trumbull promises to bring ufology into the 21st Century. If extraterrestrial intelligence has managed to ply the vast gulf between the stars and reach us, then science should be able to tell us so. Such results will back up the stories we so often hear from those who have encountered something strange … in our skies.

Listen to "SkyTour Radio with Marc D'Antonio" on Spreaker.
Scroll to top