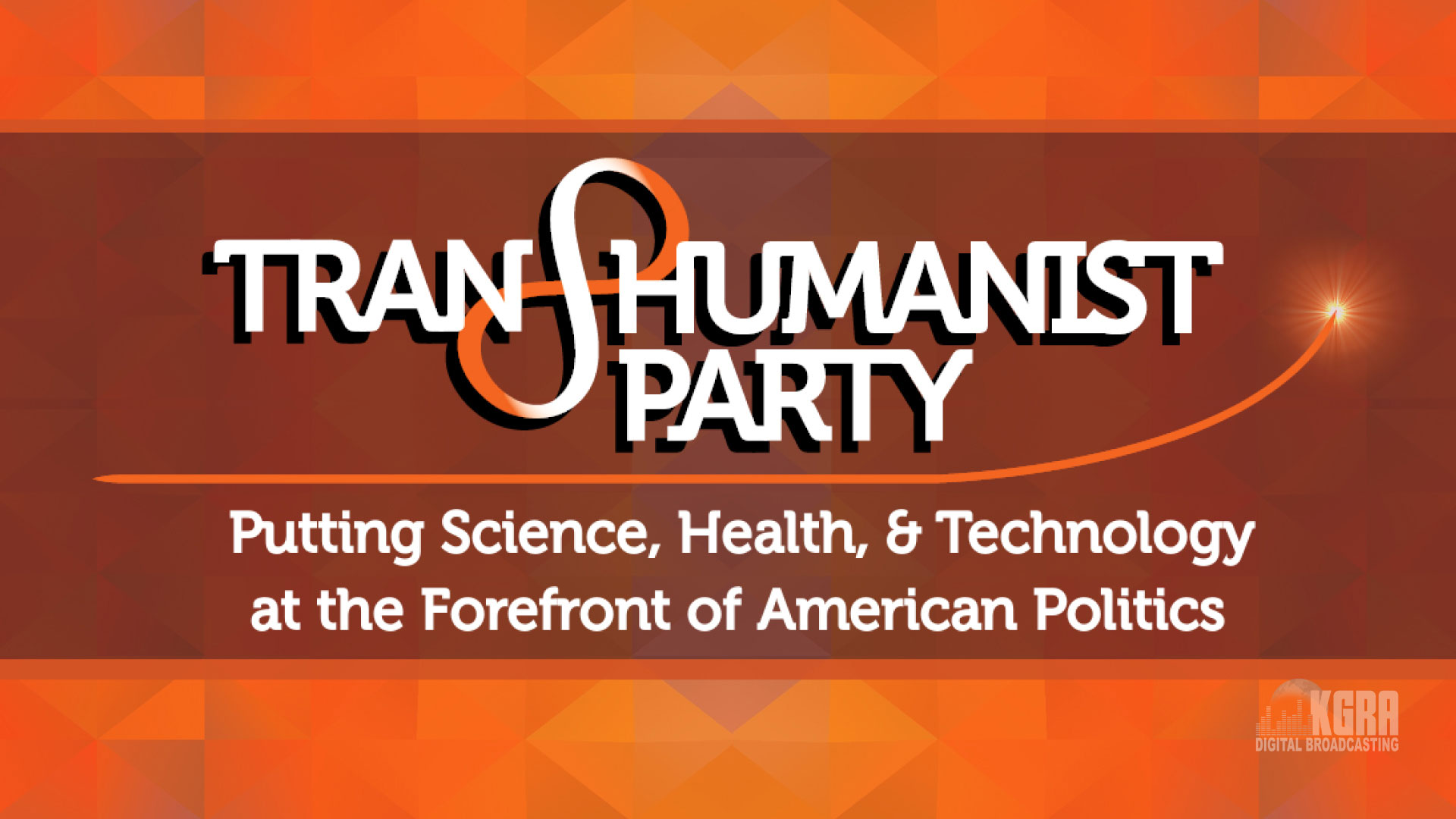 The United States Transhumanist Party’s Enlightenment Salons are intended to bring leading thinkers in areas such as longevity, transhumanism, futurism, artificial intelligence, politics, philosophy, art, and culture-making connections among disciplines to facilitate breakthroughs in understanding and more rational, advanced, and informed society. In the spirit of the 18th-century Age of Enlightenment, the Enlightenment Salons make possible in-depth, long-form conversations that enable the exploration of ideas about humankind’s future in unprecedented ways. 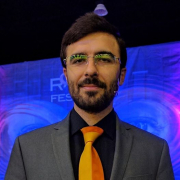 In December 2013, Mr. Stolyarov published Death is Wrong, an ambitious children’s book on life extension. Death is Wrong can be found on Amazon in paperback and Kindle formats and can also be freely downloaded in PDF format in the English, Russian, French, Spanish, and Portuguese languages.

Mr. Stolyarov is the Chief Executive and one of the founding members of the Nevada Transhumanist Party, established in August 2015.

Mr. Stolyarov has written a science-fiction novel, Eden against the Colossus, a philosophical treatise, A Rational Cosmology,  a play, Implied Consent, and a free self-help treatise; The Best Self-Help is Free.

To assist in spreading rational ideas, Mr. Stolyarov published his articles on Associated Content (subsequently the Yahoo! Contributor Network and Yahoo! Voices) from 2007 until Yahoo! closed this venue in 2014. As a result, Mr. Stolyarov held the highest Clout Level (10) possible on the Yahoo! Contributor Network and was one of its Page View Millionaires, with over 3,191,000 views. 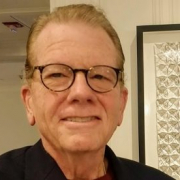 David’s lifelong focus is applying technology for the betterment of humanity. He is a certified systems engineer, administrator, and trainer. David has instructed at private and public institutions and has extensive field experience with multiple Fortune 500 companies. David’s technology career began in the United States Air Force, where he retired as a Chief Master Sergeant (E9).

From an early age, David considered himself both a futurist and explorer. As a result, he is energized seeing technology he once dreamed of, progressing from concept to prototype to product to commodity. In addition to his military career, David grew up in an army family and resided and traveled extensively in the United States and other countries. As a result, he experienced many different cultures, technologies, and values.

David was introduced to transhumanism via a super-longevity community at the  RAADfest Conference – Revolution Against Aging and Death. There he met Chairman Stolyarov and other officers and transhumanists interested in a techno-positive future for humanity. Transhumanism was a perfect fit for David’s futurist and explorer traits and his profound interest in super-longevity. 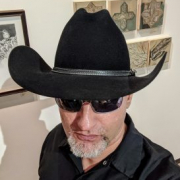 Art Ramon is a Modern-Day Renaissance Man with a multitude of interests and limited time. His art speaks to contemporary humanity, as well as future generations of genetically enhanced cybernetic posthumans. Painting allows him to express feelings and ideas in a medium that transcends the limitations of spoken words, which are difficult for him to convey in conversation without Neuralink’s assistance.

He experiments with a variety of styles but tends to gravitate towards abstract, surrealism, and impressionism. His experimentation in combining Southwestern art with surrealism and abstract led him to father Southwest Surreal™ and Arid Abstract™. In addition, his unique perspective led him to create Neo-Southwestern Art™ allows his work to stand out in the present and infinite possible futures.

He depicts his Transhumanist belief in his artwork while creating novel symbols to represent the belief within his works. He envisions becoming an immortal AI-enhanced posthuman who will one day build the largest art gallery space on Mars.

Art Ramon has spent time curating his mind with skills that an AI-enhanced mind can leverage when not creating art.  Such as learning sign language to communicate visually in parallel versus in serial constricted words once Neuralink has become a reality.

Art Ramon holds that we must all seek diversity in thought while pursuing our shared outlook so that the most powerful ideas rise to the top in a global competitive Transhumanist future. 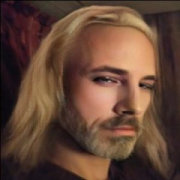 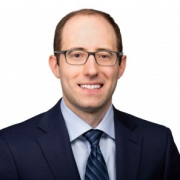 Dan Elton is a Staff Scientist at the National Institutes of Health, where he works on applications of A.I. to medical imaging. Previously he was a postdoctoral researcher at the University of Maryland, College Park, where he researched machine learning applications to molecular property prediction and molecular design. Dan received a Bachelor of Science degree in physics from Rensselaer Polytechnic Institute in 2009 and a Ph.D. in physics from Stony Brook University in 2016. Dan has also been interested and involved in transhumanism since at least 2009 when he joined the Rensselaer Polytechnic Institute transhumanist club. He is chair of the Maryland Transhumanist Party and is a co-organizer for the D.C. Transhumanist Meetup. In addition, he is a member of several Lifeboat Foundation boards. He is also a contributor and proponent of H+Pedia, the transhumanist wiki. His website is www.moreisdifferent.com, and he tweets at @moreisdifferent. 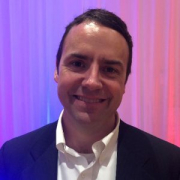 Ben Ballweg fears there is nothing after death and thinks this fear can be channeled to doing what he can to avoid death. Although he considers aging his most significant risk – at least until his age leads to specific morbidity – he focuses on nudging humanity toward its solution.

Ben’s strengths include math, music, process perfection, writing, video, health science, customer care, and knocking on doors. Ben is not sharing his weaknesses here, but he has plenty of them. They’re so significant that Ben considers his chance of living forever negligible. But as long as he keeps trying, his fear stays crowded out.

Ben is thankful for everything and everyone that led to his life situation. He hopes to use that situation to help bring meaning to the universe through having its living inhabitants be more than just a whole bunch of Etch-A-Sketches. 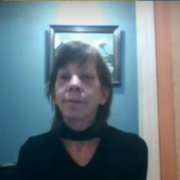 As Director of Community Resilience, Alexandria Black focuses on improving the harmony of interactions within the transhumanist community, arriving at ways to promote productive communication, resolve conflicts, and maintain vigilance for threats to the integrity and peace of the community.

Her message to the transhumanist community, reinforcing its goals, is, “Make me live long. That’s how long I am allowed to serve you this time. Glad that I arrived with some genetic luck.”

Charlie Kam was the U.S. Transhumanist Party’s endorsed candidate for President of the United States in 2020. He is the CEO of a software company that creates interactive, life-like, digital avatars of humans.

He was the sponsor, organizer, and Master of Ceremonies of the highly successful 3-day TransVision 2007 conference, bringing together over 30 scientists and celebrities 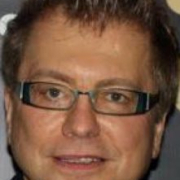 Charlie was one of the executive producers of the film about Ray Kurzweil, Transcendent Man.

He has also composed and sang many futuristic songs, some of which have been featured in films, including the aforementioned Transcendent Man and the docu-drama The Singularity Is Near, starring Pauley Perrette.

He has created many music videos for his songs about life-extension, including his most famous one, “I Am the Very Model of a Singularitarian,” which is based on Ray Kurzweil’s book, The Singularity Is Near.