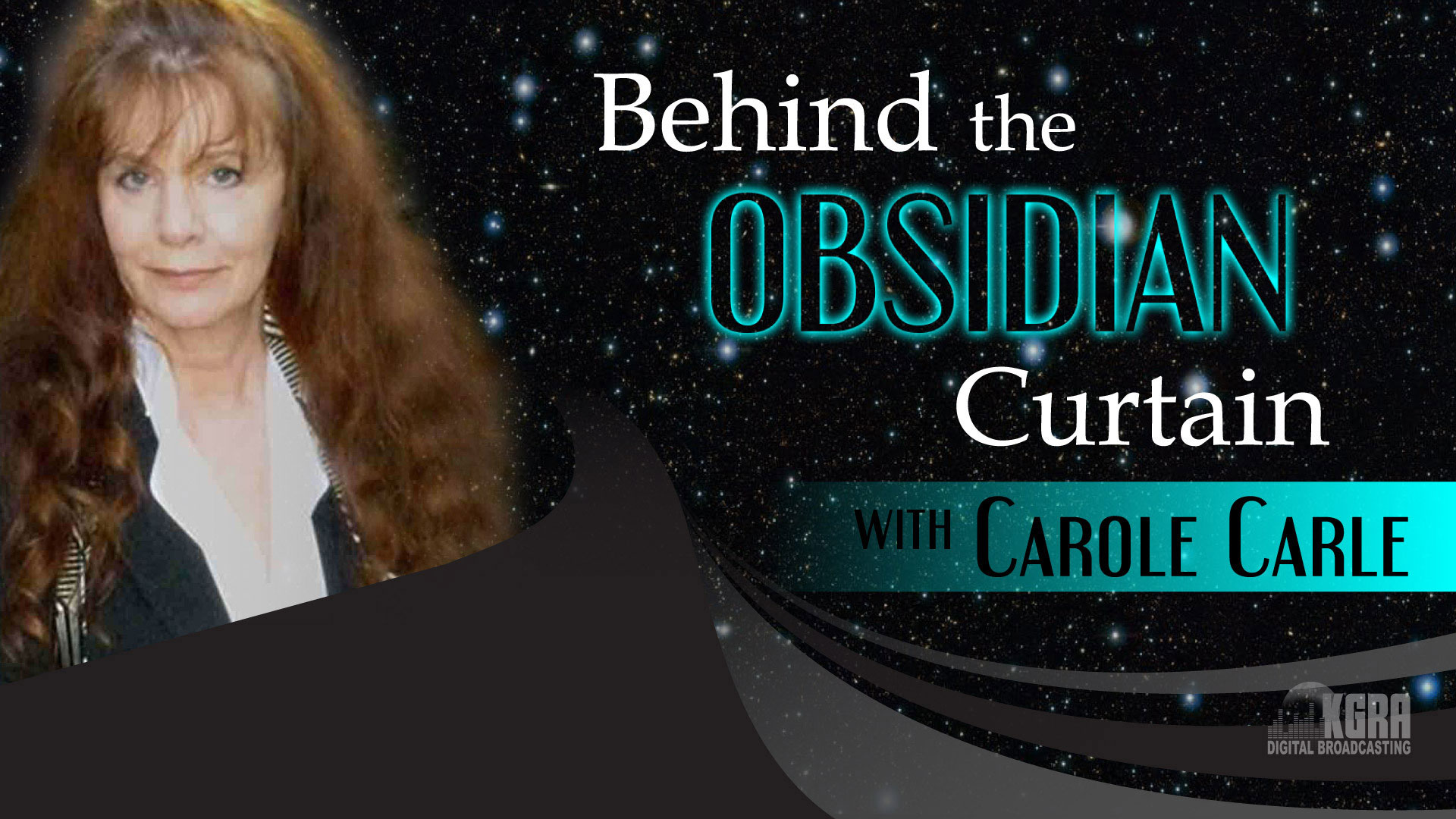 BEHIND THE OBSIDIAN CURTAIN – CAROLE CARLE

We invite you to step behind that shiny black surface that can both reflect light upon those who seek and deflect the effect of this trending-now world in which we find ourselves…That place of “all contact, but no touch.” And just because we get Mysterious doesn’t mean we’re always Dark and Serious! Gather with the Gentle Listeners at our cyber campfire as we ponder all that holds forth “Behind the Obsidian Curtain.”

Being the first child born to Walter Carle and Louise Carle, the Hollywood Reporter announced Carole’s birth. Her father was a well-known radio news director and a television news broadcaster in Los Angeles. Her mother sang live on the radio in Juneau, Alaska, at KINY, a station that her parents got up and running before Carole came along. Leaving Los Angeles when she was a young child, the Carles moved to Grand Rapids, Michigan.

Fascinated with all things Paranormal since the age of twelve, she stalked the local library for books on UFOs, Spirits, and Charles Fortean phenomena.

Another move for the family took them back to the West Coast. Carole parlayed her extensive high school and community theatre experience into membership in the Stage union–Actor’s Equity Association – leading to many seasons of work for The Sacramento Civic Light Opera/Lewis and Young’s Sacramento Music Circus.

On the big screen, Carole Carle was cast opposite Robert Redford as his high school girlfriend in the Wildwood International/Paramount Studios film “Downhill Racer.” She later worked in television; Mission: Impossible featured her opposite Robert Conrad and Leonard Nimoy.

Fast Forward: Over a decade ago, Carole discovered a passion that led her to extensive historical research focused on The Fox Sisters–Hydesville, New York circa 1848, and the unexplained events which led to the popularity of seances and birthed The Modern American Spiritualist Movement.

In 2014 Carole was asked to join the news broadcasting team at the internet radio station Inception Radio Network. Ultimately she assumed the sole responsibility of sleuthing down/vetting/editing and recording “The UFO Headline News,” a thirty-minute long show which ran six days a week at that venue. Simultaneously her work expanded to include research and time behind the mic as a host for Ken Cherry’s E.P. I.C. Voyages–The Extraordinary Phenomena Investigations Council, racking up twenty-eight two-hour live radio interviews with some of the most notables in the field.

Carole Carle has been a member of the KGRAdb.com Family since December of 2017–initially broadcasting the “Paranormal News Update”–thirty minutes daily–and then a show of her own–“Behind The Obsidian Curtain,” hitting the airwaves in July of 2019, broadcast live every Friday night.