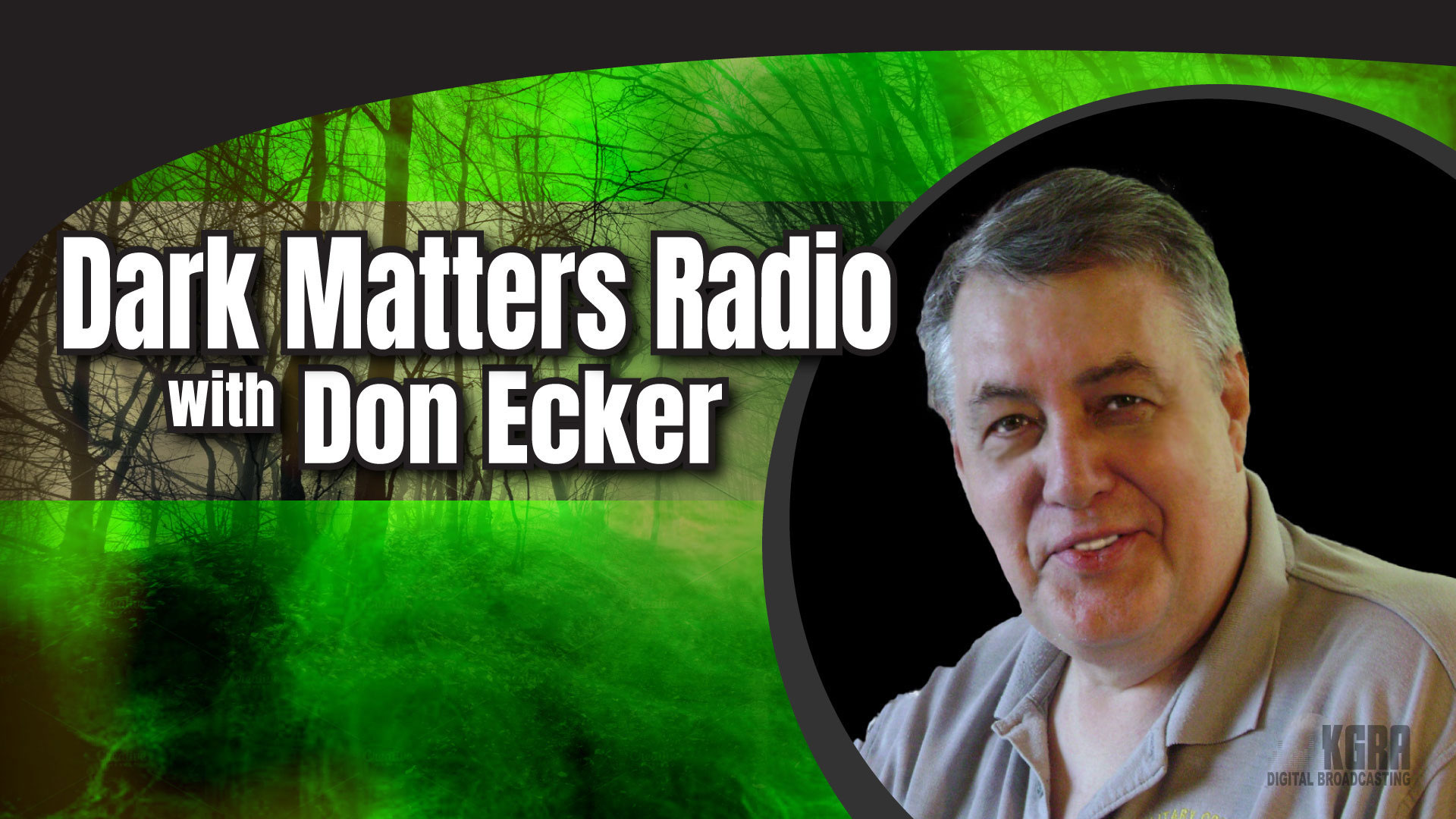 As a former Police Investigator and Director of Research for UFO magazine and Creator of Dark Matters Radio, Don digs deep into Dark Matters with high profile guests to bring you the information you need to understand the world and space around us better.

Don Ecker is the Director of Research for UFO Magazine. As a medically retired law enforcement officer, he puts a skeptical and honest eye on UFO and paranormal subjects. Ecker hosted the critically acclaimed radio programs UFOs To-nite! and Strange Daze for six years, interviewing the UFO and paranormal fields’ influential personalities and related areas. Later, along with his close friend, television, and film star Dwight Schultz of The A-Team and Star Trek fame, he hosted Dark Matters on the Reality Radio Network

Don Ecker is a Vietnam Vet and a medically retired law enforcement officer. Ecker enlisted in the U.S. Army in 1969 and was selected for a top-secret agency. After his training, he was posted in Okinawa. In 1971 he was assigned to Vietnam. In April of 1972, Ecker was wounded and was honorably discharged after several months of recovering in military hospitals.

Ecker has hosted UFOs Tonight and Strange Daze for six years before moving on to host Dark Matters. He has also appeared on Larry King Live and in numerous documentaries on the History and Discovery channels and on Coast to Coast AM.

While working as a police detective in 1981-1982, he investigated two cattle mutilation cases, which eventually lead to his creation of the vampire novel, Past sins.

Richard grew up in New Orleans and later joined the Army and became an artillery officer. Eventually, Richard moved out to Los Angeles, California, where he became a significant cast member for the Soap Opera, General Hospital, for the next three years. He then entered into film production and wrote and pitched UFO-themed programs in the late 1980s through the mid-’90s.

Rich has done “Friday Nights with Don and Rich” for 7+ years. Their friendship goes back to 1991 when Rich approached Don and Vicki about partnering to develop UFO-themed products for film and T.V.

Mark Center started looking into UFOs after buying a Billy Meier beam ships’ laserdisc in the late 1980s. As a movie maniac, Mark has had a high interest in sci-fi, horror, exploitation, and documentaries. That material also helped spark his interest in aliens, Bigfoot, strange archeology, etc.

In 1994 Mark contacted a few U.K.-based researchers regarding a claim that an alien autopsy video had appeared. With the help of the UFO Audio-Video Clearing House, Mark secured a copy of the video material that was sent to Fox for later broadcast as the “Alien Autopsy: Fact or Fiction. Mark’s research made it possible for him to be the first person in the USA to secure a Japanese broadcast copy, “Cameraman’s Interview.” At this point, Mark started self-publishing a newsletter; UFOs – Aliens and YOU. Each issue covered the Alien Autopsy in depth; what was happening on the CompuServe Encounters Forum, his face-to-face and phone interviews about that footage, and other related UFO and alien information. Mark even paid for the postage, the newsletter, and associated videos were all given away, free of any charge. To that end, Mark gave away a half-million pages of information and videotapes numbering in the hundreds to find the truth.

His research has been featured on KTVU Channel 2 Oakland, Fangoria magazine, and various websites and publications. He’s appeared on several radio shows, the Joe Dale Show and The Dr. Bob Hieronimus Show.

Mark Center; “Simple belief does not make a case or event real. Only unbiased, agenda-free research will prove a case as real, fake, or something in between, and it would help to have verified physical evidence. As of 2018, we have none.”