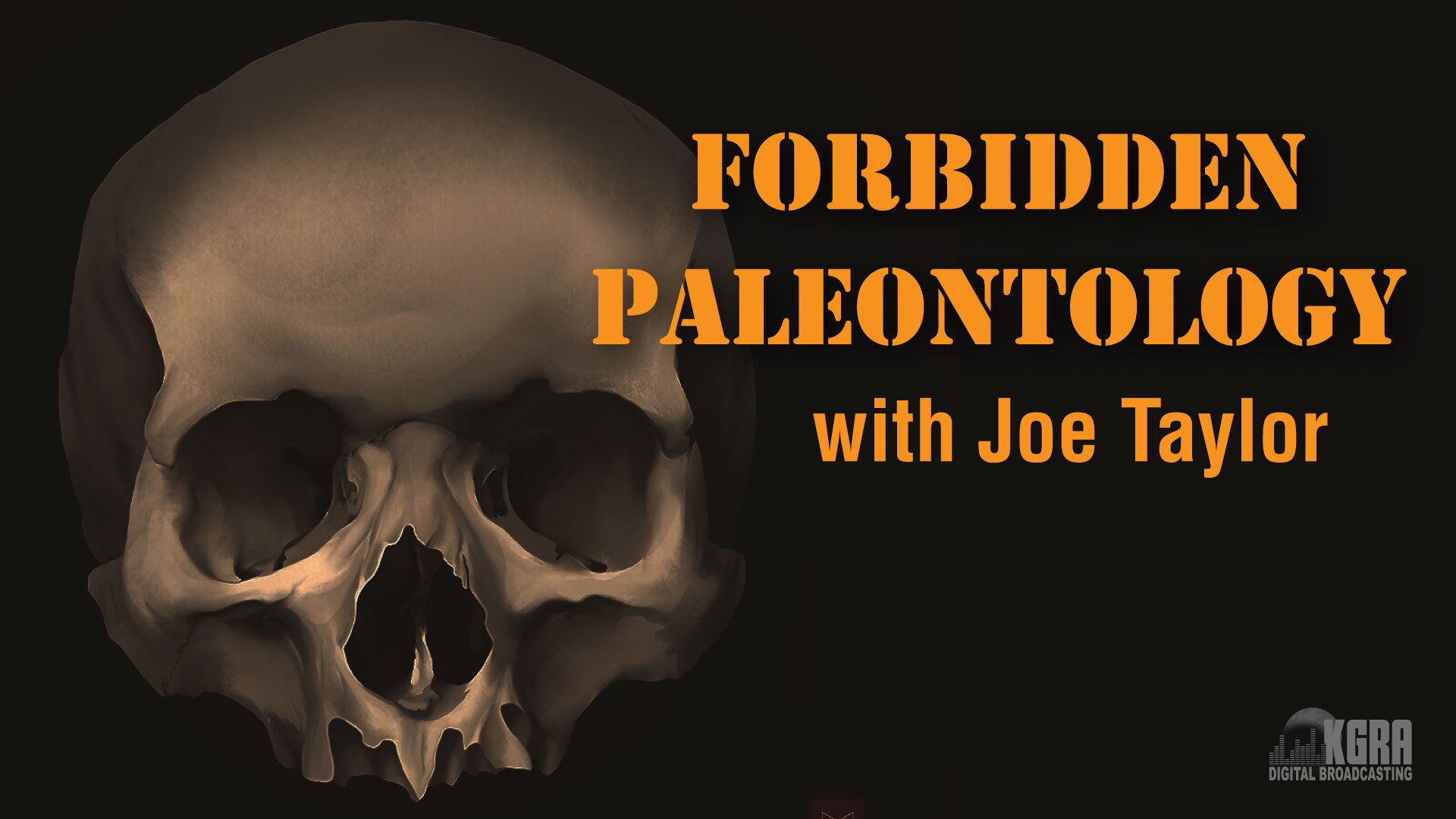 Forbidden Paleontology is a weekly show with in-depth stories of the fascinating world of fossils.

It covers the controversial battle between the evolutionary view of origins and the Biblical view, from the perspective of his 40 years of experience in every aspect of fossils.

Joe Taylor was born Oct. 2nd, 1944, and grew up on a farm in Mt. Blanco Community in Texas.  As a child, Joe hoed cotton, slopped hogs, milked cows, and rode horses. His father was a rodeo cowboy, farmer, and minister who ran for congress, and thus began Joe’s interest in conspiratorial politics and religion. His father also had an interest in art and taught Joe to draw a horse at age 5, and set into motion his love of drawing. His mother was a singer who took Joe to church every Sunday, and he learned to sing sitting next to her there. He has been singing ever since.

After an unsuccessful year in a traditional college, Joe applied and was accepted to The Colorado Institute of Art and graduated top of his class.  He began his career in drawing institutional logos, album covers, giant billboards, portraits of famous musicians, illustrations, and type font designs. In 1969, while working at the La Brae Tar Pits, he was introduced to the inner sanctum of museums all over the country and the shocking facts buried there. Being an artist, a sculptor, and a self-taught mold maker, he gained access to a fantastic array of world-class fossils. He has sung at hundreds of concerts and done artwork for the Jesus Freak Movement, and founded the MT. Blanco Fossil Museum, the largest working non-evolutional fossil museum in the world.

Joe Taylor has written hundreds of songs.  He has restored hundreds of fossils. Joe has also authored a dozen books, but his most tremendous success comes from raising eleven children.

Listen to "Forbidden Paleontology" on Spreaker.
Scroll to top