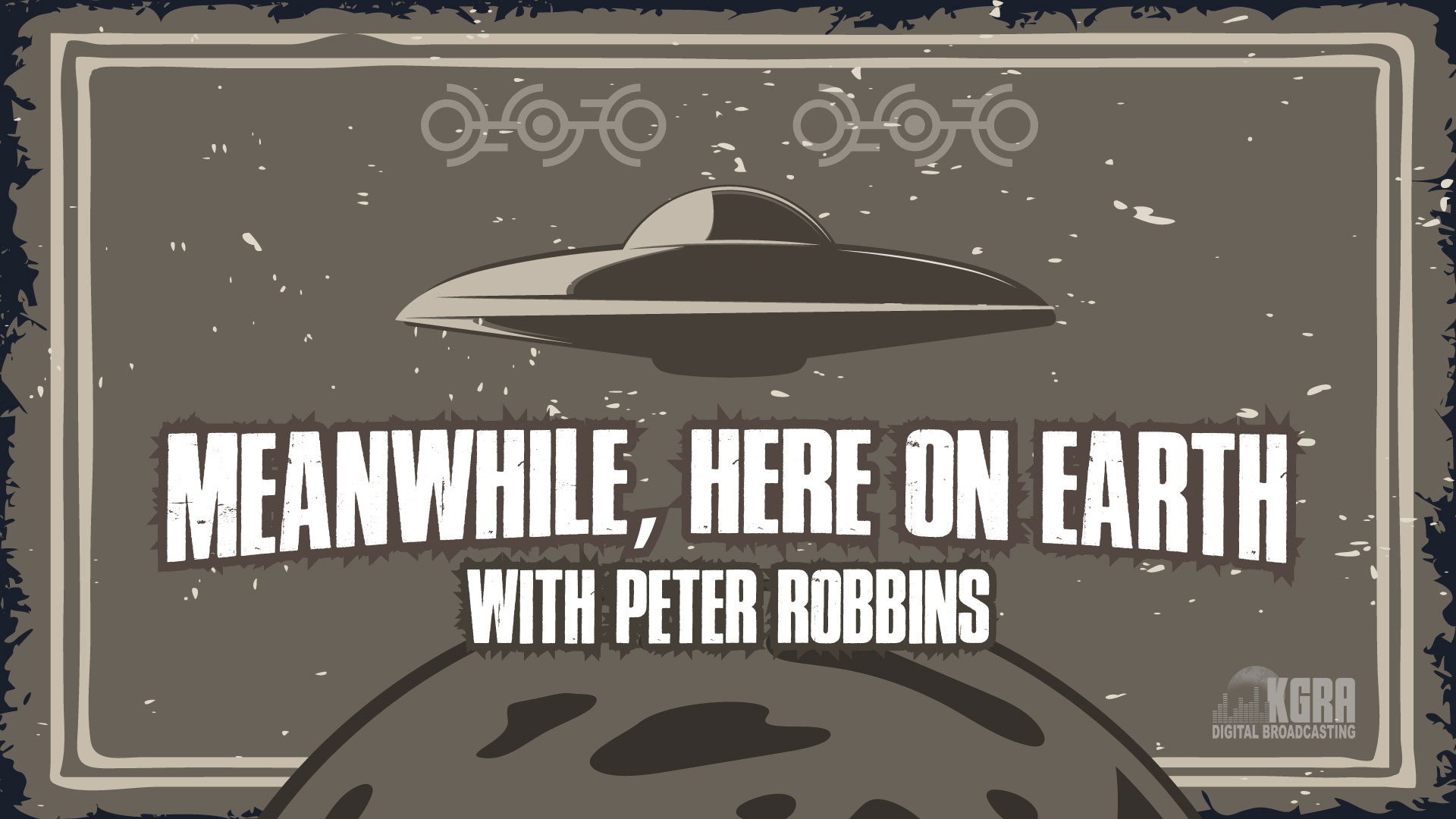 This program features in-depth conversation/interviews with the leading names in the worlds of UFO and paranormal studies, with particular emphasis on how they became the public figures we’ve come to know and respect.

Each week veteran investigative writer/researcher Peter Robbins brings you these as well as in-depth conversations with experiencers and UFO abductees and the best and the brightest of the next generation of writers, researchers, and experiencers.

“Meanwhile, Here On Earth.” will also depart from strictly UFO/paranormal topics in featuring accounts and panel discussions with a surprising variety of writers, authors, artists, filmmakers, musicians, mental health professionals, actors, directors, theologians, and a myriad of other unforgettable individuals who share your interest in the subjects in question. The show that breaks new ground and welcomes all listener/viewers be they new to these subjects or veterans of them.

Investigative writer, author, and lecturer. For more than forty years, Peter Robbins writing, research, and investigations have focused on the subject of truly anomalous UFOs/UAPs and their implications for humanity. He has appeared as a guest and been a consultant to numerous radio shows, television programs, and documentaries. He has spoken at conferences around the country and around the world. Robbins’ professional credits include his having been Editorial Assistant on the United Nations’ Secretary General’s (requested) report “for the establishment of an UN-UFO Department,” and Editorial Assistant for Member of Parliament, the Honourable Brinsley Le Poer Trench’s (requested) paper for The House of Lords Debate on UFOs. Robbins was a founding member of Budd Hopkins’ Intruders Foundation (IF), a member
of its Advisory Board, and IF Executive Assistant and studio assistant to Mr. Hopkins.

Peter was the Event Coordinator for the SCI FI Channel’s ‘Alien Abduction Phenomenon: A Symposium,’ organized to promote the release of the miniseries ‘Taken (Executive Producer, Steven Spielberg),’ and writer, planner, and commentator for the “Ultimate UFO” and “Ultimate Crop Circle” DVD sets. He has written for Open Minds magazine, FATE, Phenomena Magazine, and OUR-J Journal of UFO Studies Japan. In the United Kingdom, UFO Data Magazine, UFO Truth Magazine, UFO Matrix, Outer Limits Magazine, and UFO Magazine (both the U.K. & U.S. publications), as well as numerous other publications and websites.

From 2007 until 2010, Robbins served as a consultant to the City of Roswell, New Mexico as their liaison to Gov. Richardson’s office on UFO-related matters and coordinator of the city’s annual UFO Symposium. He was made a member of the French Académie d’ Ufologie in 2012 and gave testimony before the retired) Senate/Congressional committee at the Citizen Hearing on Disclosure held at the National Press Club, Washington, D.C. in 2013. He is an Associate Producer of the award-winning documentary “Travis: The True Story of Travis Walton” and is the writer, director, and producer of the documentary “The Extraordinary Life and Suspicious Death of James Forrestal, a 2019 Onwinges Production.

A proud son of the Borough of Queens, New York City, Peter came of age in the Village of Rockville Centre, Long Island, and studied art, design, and theater at the University of Bridgeport in Connecticut. He received his BFA (painting, film history) from New York City’s School of Visual Arts (SVA) and was a faculty member for a dozen years. He was also on the art faculties of St. Ann’s School in Brooklyn Heights, NY, and the Oklahoma Council on the Arts summer programs for young people in Bartlesville, Oklahoma. Following his SVA graduation, he worked as a deckhand aboard a Norwegian freighter and then traveled the world for a year. Peter was studio assistant to three important American artists: Abstract Expressionist painter Adolph Gottlieb, the American primitive painter William Cply (yes, correct spelling), and assistant to pioneer kinetic light sculptor Stanley Landsman. Robbins has worked as a carpenter, art gallery assistant, band manager, copywriter, ghostwriter, editor, and website director (ufocity.com, 1998-2004). He is an experienced New York City walking tour guide and gold and platinum records recipient for his art direction contributions to the Blue Oyster Cult album, Agents of Fortune. He spent eight years as a crisis intervention volunteer and shift supervisor for the NYC branch of Samaritans International, the busiest crisis intervention hotline. An accomplished photographer and inveterate traveler, Peter has visited more than twenty-five countries to date.

Robbins’ interest in the life and scientific discoveries of Dr. Wilhelm Reich dates back to his teenage years. This led to a series of published papers and conference talks, including the International Conference on the Scientific Discoveries of Wilhelm Reich in Nice France, the American College of Orgonomy conferences in New York City and Princeton New Jersey, and the Orgone Biophysical Research Laboratory in Ashland Oregon. In 2012 Robbins was invited to present two papers at the Greek Academy of Orgonomy conference in Karavomilos, Central Greece. In 2013 at the Italian Association of Orgonomy’s annual conference in Rome. In 2016 and 2017, he returned to Greece to speak at the “Contact With Space Conferences” in Athens. His papers have been published in The Journal of Orgonomy and The Annals of the Institute For Orgonomic Science. (Note: “Orgonomy” is the name given to the science of how energy functions in the living and nonliving realms.) A founding member of New York City’s Mirror Repertory Company (co-founded by the director, acting coach, author John Strasberg and actors Geraldine Page and Sabra Jones) and advisor to John Strasberg’s Accidental Repertory Company. Robbins’ joined the Mirror Rep in its first season (1982) and went on to house manage the majority of the company’s NYC and summer stock productions. He house-managed plays for other NYC-based theater groups, including a feature production of Maxwell Anderson’s only unproduced play, Richard and Anne, a revisionist treatment of Shakespeare’s Richard III. He was Production Assistant, and House Manager for writer/actor/director Austin Pendleton’s 2005 benefit staged reading of “H6R3,” an adaptation of Henry VI and Richard III starring Dame Lynn Redgrave. In 2006 Peter managed Off-Broadway productions of Macbeth and The Contrast; the first play was written and produced in America by an American and first staged in New York City in 1787. And yes, George Washington saw (and enjoyed) the play.

Peter was John Strasberg’s Assistant Director on the latter’s production of William Saroyan’s The Time of Your Life, and Assistant Director to Group Theater co-founder Bobby Lewis’s production of Chekhov’s The Seagull. Peter worked as a supernumerary (extra) in New York City Metropolitan Opera Company productions of La Boheme and Aida (starring Luciano Pavarotti). He has had the privilege of working with many wonderful actors including Academy Award winners Geraldine Page, F. Murray Abraham, Lynn Redgrave, and Anne Jackson, as well as Steven Weber, Juliet Mills, Glynnis O’Connor, Michael Moriarty, Tovah Feldshuah and James Rebhorn – Secretary of State in the film, “The 4th of July.”

Peter Robbins is the coauthor of the U.K. bestseller, Left At East Gate, and author of Deliberate Deception (a digital book) and Halt In Woodbridge, all now permanently out of print, as they rightly should be. This decision was made based on the discovery of numerous exaggerations, confabulations, and lies that his Left At East Gate coauthor built into his account. That, regrettably, got by this author. Live and learn.
Peter lives and works just outside Ithaca, New York. 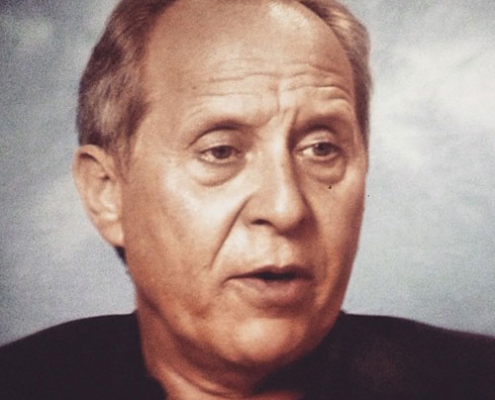 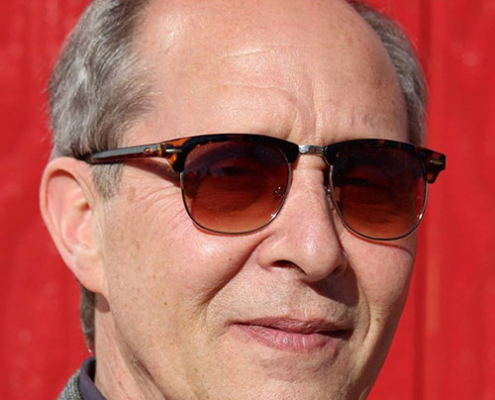 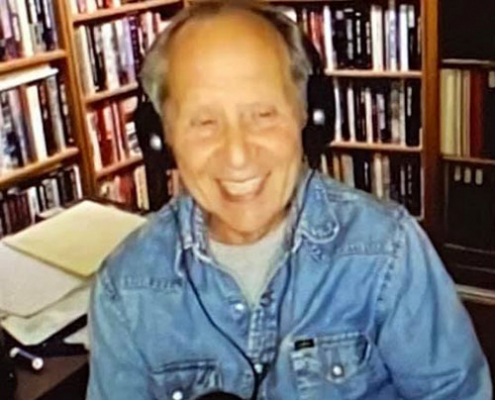 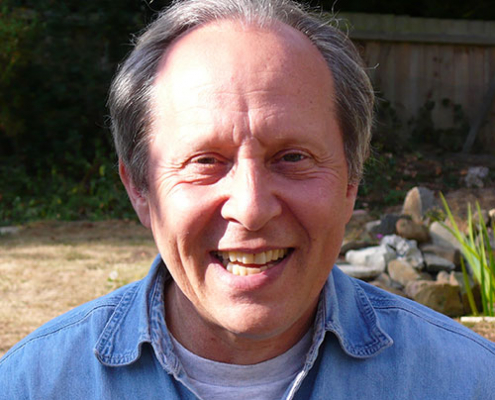 Listen to "Meanwhile, Here On Earth" on Spreaker.
Scroll to top