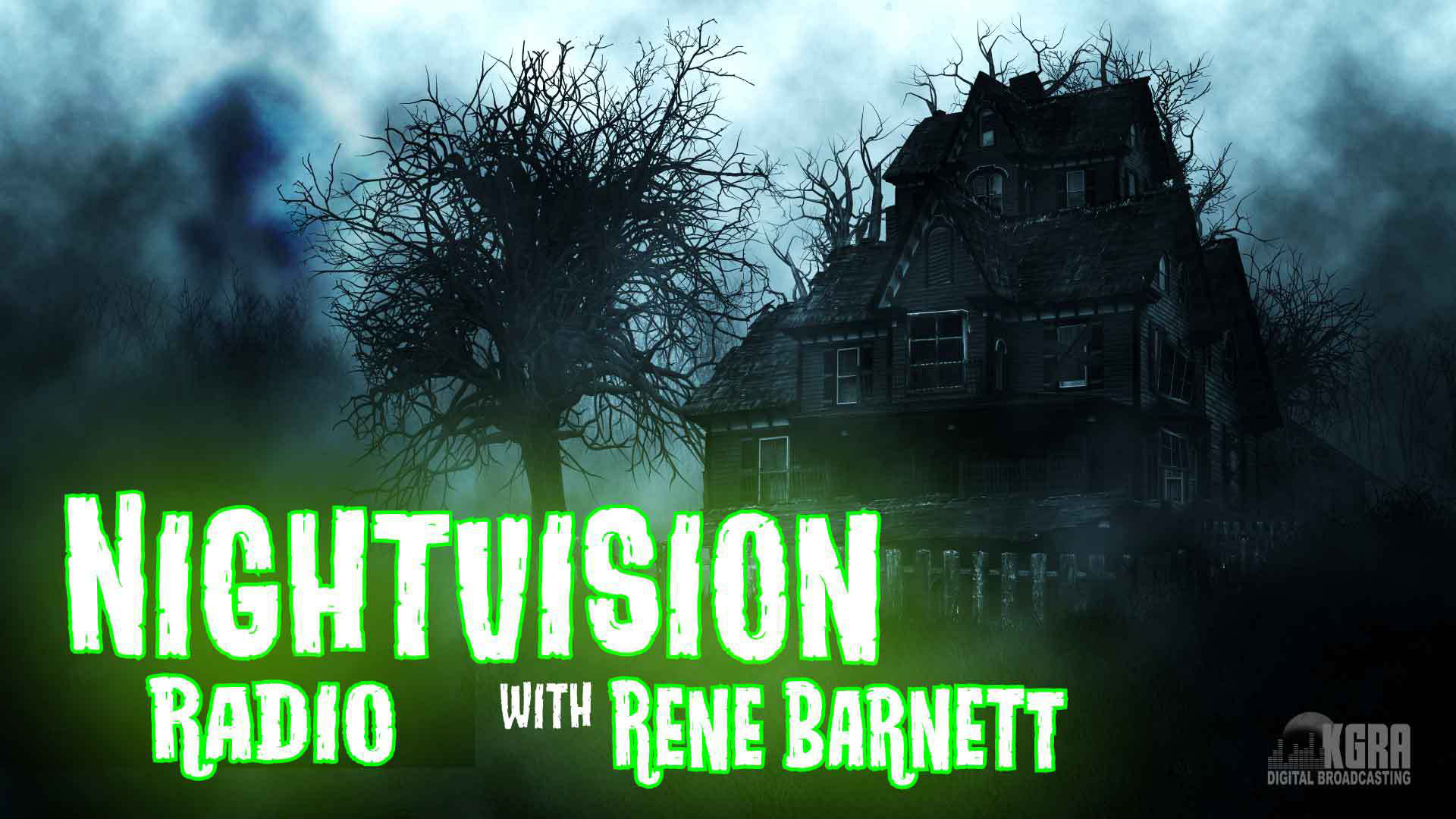 The victors always write history—not unpredictably putting themselves in the best light and secreting that which shows their own faults, frailties, and, yes, their crimes.

In my work in television and film, night vision cameras are utilized because they illuminate what hides in the dark. That, metaphorically speaking, is our mandate for NightVision radio on KGRA.

Following clues left by our ancestors, in part, in art, literature, and even song, we unbury the past to reveal not only treasures of gold and relics but knowledge of unfathomable value, putting us just a little closer to our true birthrights.

René Barnett is a veteran reality television producer specializing in entertainment specials, series, documentaries, and reality-based programming. René has produced hundreds of television hours, her credits including programming for most U.S. networks and many cable channels in America and the U.K. Her directing credits include some of the premier specials and series of the reality television genre, including Ripley’s Believe It or Not!, Unmasked: Exposing the Secrets of Deception, Strange Universe, Places of Mystery, Guinness Book of Records Primetime, Conspiracy Theory with Jesse Ventura and many others.

In 2001, Barnett joined forces with award-winning British documentary director Bruce Burgess to form Bluebook Films, producing investigative documentary specials for U.S. and U.K. networks, some of which have aired worldwide.

In 2005, 1244 Films was established to produce René’s first theatrical film, Bloodline, a documentary investigation into the marriage of Jesus and Mary Magdalene, the secret society known as the Priory of Sion and the so-called Rennes-le-Chateau mysteries. The film premiered in the spring of 2008 to sold-out theaters and critical acclaim.

Returning to her radio roots, 13 years ago, René established and launched NightVision Radio, a weekly talk show covering conspiracies, hidden history, and the paranormal and, from 2007 to 2013, also hosted Dancing With Ghosts with renowned psychic medium Rebecca Fearing.

Currently, René works with her longtime television colleagues at Dark Zone Productions, most recently producing the first-of-its-kind worldwide live streaming event The House from the real haunted house portrayed in the movie “The Conjuring.”

René is an admitted history geek. Her research partner, historian James Martin Ph.D. (the brains of the outfit!), leads tour groups in America and Europe, following the trails of their research to historical mystery sites.

KGRAdb.com John B. Wells – Caravan to Midnight
Scroll to top