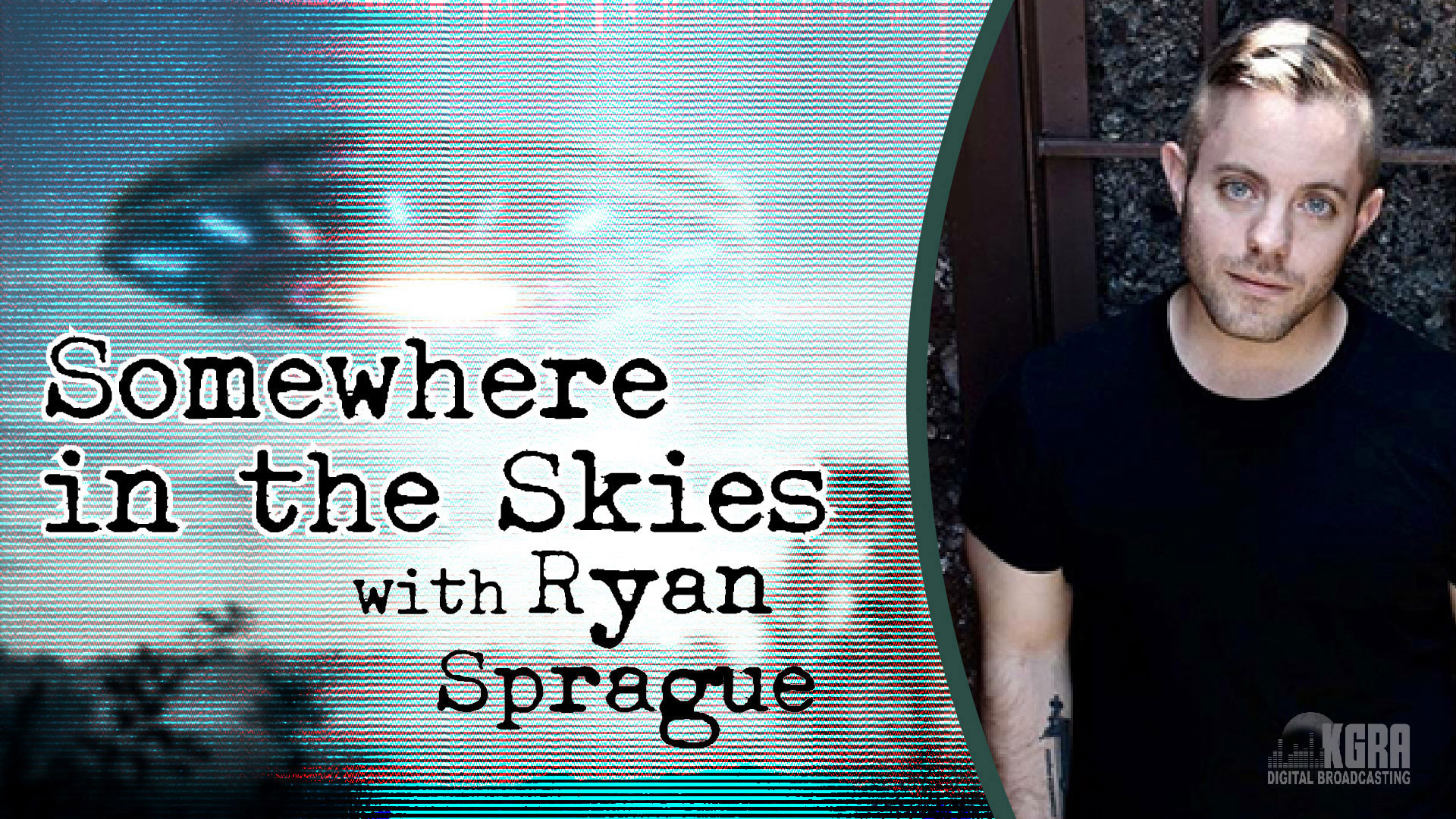 SOMEWHERE IN THE SKIES – RYAN SPRAGUE

Somewhere in the Skies is a weekly podcast dedicated to discussing UFOs, the paranormal, and the unexplained. Hosted by author and television host Ryan Sprague, the podcast features current UFO events worldwide, audio docs, and special guests in all walks of life discussing the weird world around us.

Join Ryan as he attempts to find answers to the mysteries that lay somewhere in the skies.

Ryan Sprague is a lead investigator and co-host of the CW television series Mysteries Decoded and regularly on the Travel Channel series, Beyond the Unknown.

He is the author of two editions of Somewhere in the Skies: A Human Approach to the UFO Phenomenon and is also the creator and host of the Somewhere in the Skies podcast. His UFO research finds him interviewing witnesses in all walks of life about UFO sightings and claimed close encounters. He’s interviewed military and intelligence officials directly on UFOs, writing for such news sites as Open Minds Magazine, Rogue Planet, and Medium.

Speaking on the UFO topic, Ryan’s been featured on ABC News, Fox News, 7News Australia, and the Science Channel. He’s been featured in Newsweek, The NY Post, and VICE. You can learn more about Ryan and “Somewhere in the Skies” by visiting his website; somewhereintheskies.com