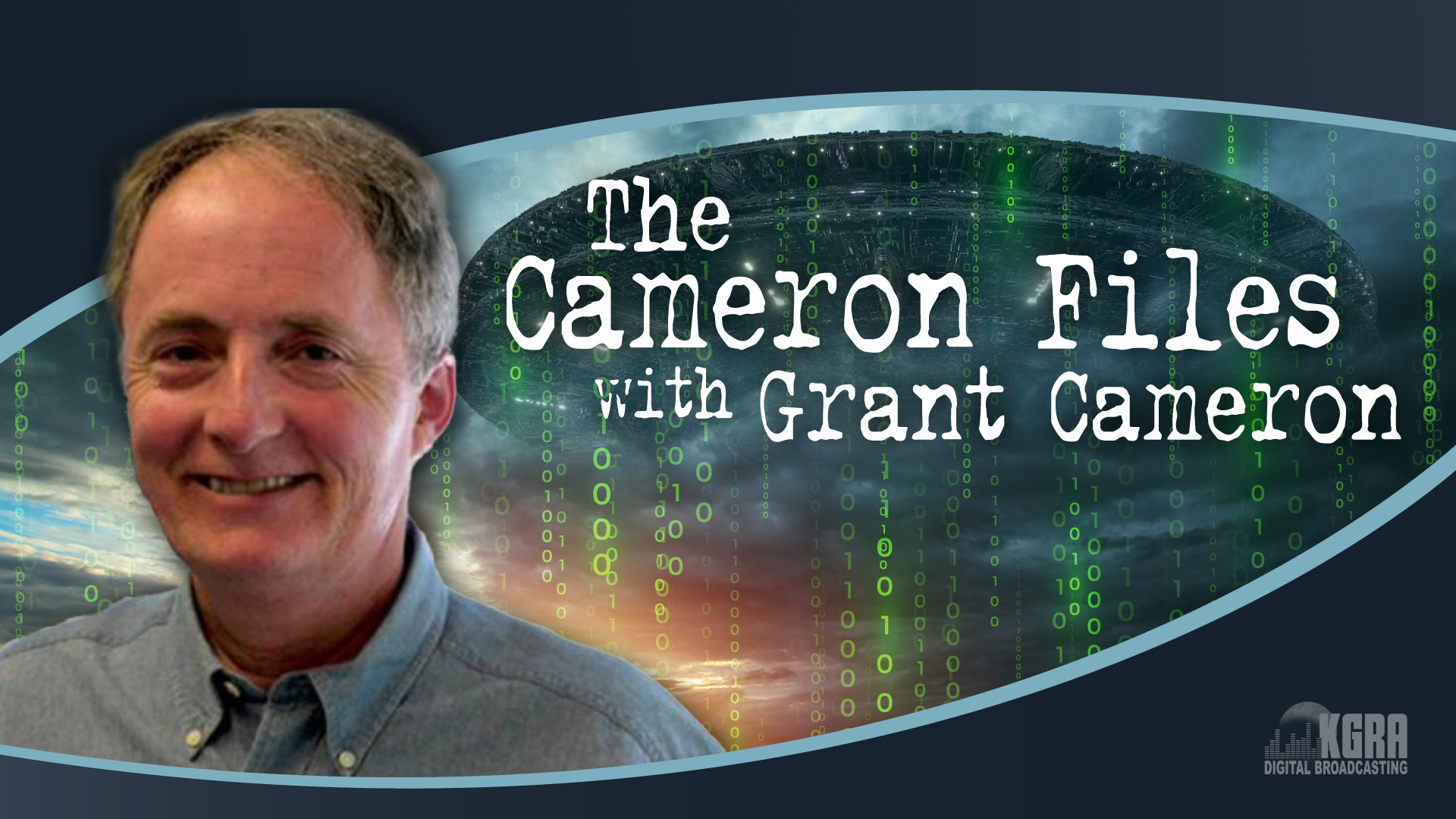 “It’s even more significant than in 1947 when this thing starts; they realize there’s this mental aspect and realize that we would learn later because that’s how you fly the craft. You use your mind.” – Grant Cameron

These sightings led to a decade of research into the early 1950s work done by the Canadian government into the flying saucer phenomena. Cameron became the authority on the Canadian government program and Wilbert B. Smith, who headed up the program. This led to an investigation of the UFO cover-up role by the former President of Penn State University. The results of this research became the book “UFOs, Area 51 and the Government” in 1991.
Cameron proceeded to do almost three decades of research into the President of the United States’ role in the UFO mystery. Most of that research can be found at the Presidents UFO Website – http://presidentialufo.com and in his 2017 published book “Managing Magic: The Government’s UFO Disclosure Plan.”

After experiencing a mental download event on February 26, 2012, Cameron turned his research interests away from “nuts and bolts” research to the role of consciousness in the UFO phenomena. This new research has expanded to the possible involvement of extraterrestrials in modern music and the phenomena of inspirations and downloads in science discoveries, inventions, Nobel Prizes, music, art, books, and near-death experiences, meditation, and with individuals known as savants and prodigies. This research is detailed in his newly released 2018 book: “Tuned In-The Paranormal World of Music,” and the previous “Inspired: The Paranormal World of Creativity,” which is the basis for a new series on Gaia TV.

Cameron has lectured widely in Canada, the United States, and Europe. He has appeared on many television documentaries on UFOs and been interviewed by nearly a hundred radio shows, including many appearances on Coast to Coast AM.
In 2013 he was one of 40 witnesses that testified in front of six ex-Senators and Congressmen in Washington for the CITIZEN HEARING ON DISCLOSURE. In 2016 Cameron was one of 6 UFO experts who testified in front of a panel of reporters in Brantford, Ontario, for the first public hearing on UFOs.

His other books include “Alien Bedtime Stories,” which consists of 72 articles on UFOs related to the Presidents, consciousness, abductions, and musicians. He has also published “The Clinton UFO Storybook,”; “Inspired: The Paranormal World of Creativity,” and “Tuned-In: The Paranormal World of Music.” These deal with inspiration that inspired many of the discoveries of the modern world.

In August 2017, Cameron released “Charlie Red Star,” which is the story of his initial UFO experience and hundreds of other witnesses who were involved in Carman, Manitoba, Canada.

At present, Cameron is working on a book that will deal with a group of Latino UFO contactees.  They can communicate with aliens and are involved in a CE-5 type of event where they can predict the appearance of a UFO and open a portal type object where messages are received. People interact with extraterrestrials, or the witnesses get to visit other worlds.