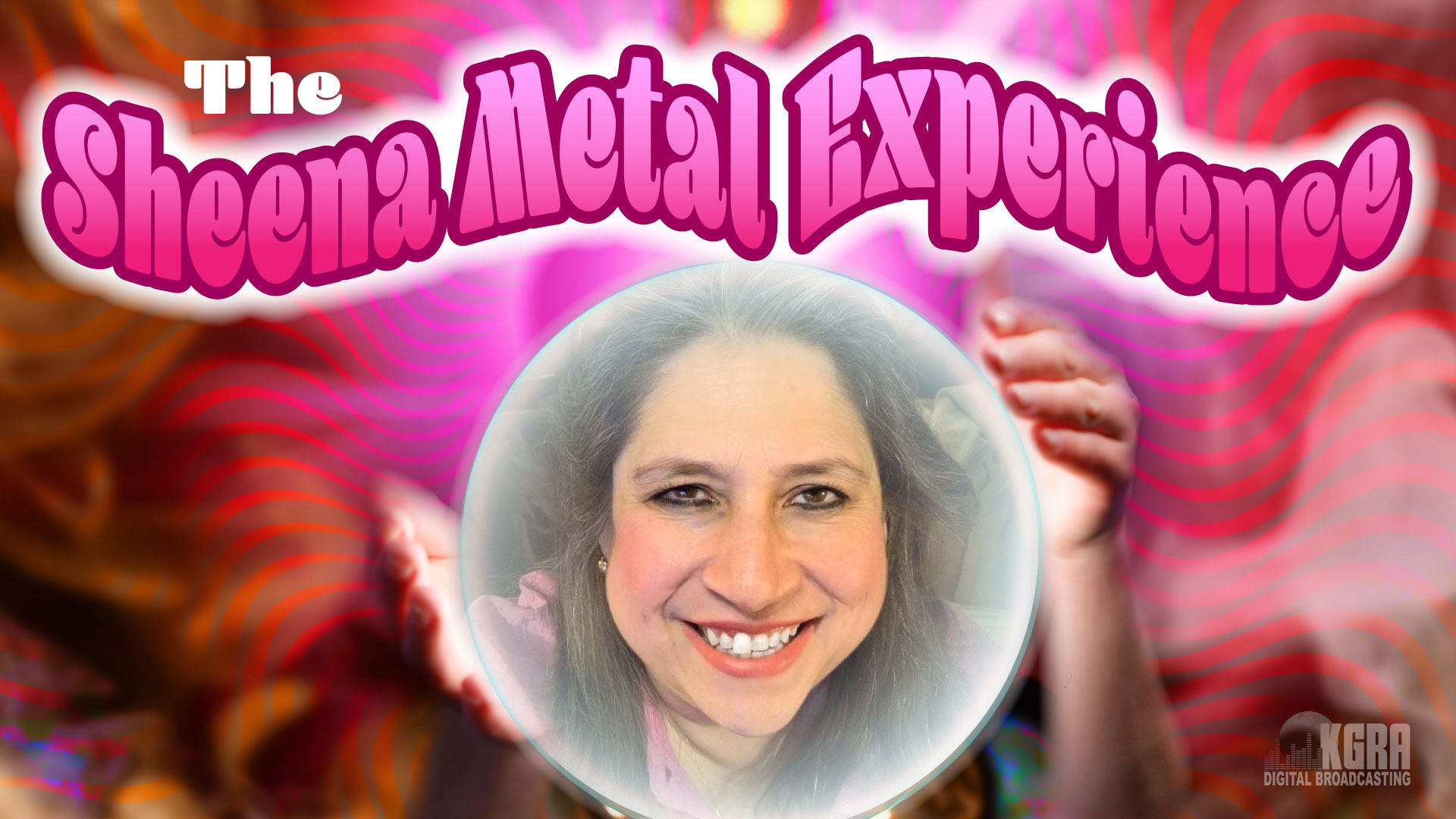 “The Sheena Metal Experience” is definitely not your average talk show. Using her trademark cutting-edge observations, Los Angeles entertainment icon and well-known psychic/medium Sheena Metal lifts the veil off the human existence, exposing Homo sapiens at their most passionate, service-driven, and beautiful. The show combines today’s hottest guests, tomorrow’s headline-makers, and many exciting human beings doing their part to make the world a lovelier place. It’s smart, sensitive, honest, uncensored, and 100% Sheena’s unique energy and perspective. Every week, Sheena makes you wonder how you ever got by without her. This is a new kind of video program: unscripted, intense, unpredictable, intelligent, heartfelt, and hysterical. It may be Sheena’s show, but it’s definitely your experience. So, join Sheena every Wednesday, at 4 pm (Pacific time), on KGRA Digital Broadcast Network. Each show is streamed at no cost to the viewer. Enlightened souls, open minds, and beautiful hearts are all that is required. Sheena is also a spiritual counselor, intuitive/empath, actress/writer, motivational speaker, teacher/coach, interfaith minister, and the founder of RaisingTheVibration.org, a non-profit movement of peace, love, kindness, and unity. For more info, please visit SheenaMetalExperience.com.

Sheena Metal is a psychic, medium, spiritual counselor, intuitive and emotional empath specializing in personal vibrational motivation, soul enlightenment, energetic healing, chakra rejuvenation, and ethereal guidance. Born in New Haven, CT., she moved to Huntington Beach, CA, as a teenager and immersed herself in the essence of Pacific Ocean beach culture, which has become an essential part of her spiritual ideology and regenerative work. Sheena comes by her gifts naturally, through her maternal line of Southern Irish heritage. Her mother, who hailed from Louisville, KY., was a gifted psychic/medium, child therapist, and public school teacher. Her father, also from Connecticut, was an obstetrician and a midwife. 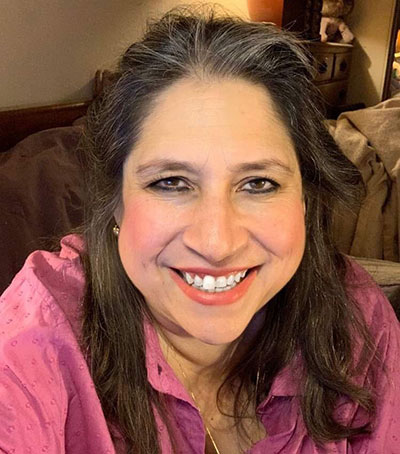 Sheena has an eclectic belief system she refers to as “spiritual salad bar”…part indigenous Celtic/Pagan, part “teachings of Christ” Christian, some Eastern philosophy (Buddhist/Hindu), and a lot of New Age/Metaphysical. In addition to time spent interpreting Universal, Angelic, and/or Spirit Guide messages, she studied astrology, numerology, cryptozoology, ufology, demonology, parapsychology, and theology. Sheena is an interfaith minister who received her ordination through American Trinity University.  She also holds the title of Deacon and is now a staff pastor at the Founders church of the MCC (Metropolitan Community Church) denomination, performing their monthly interfaith service, Saturday Night Spiritual.

Sheena has been involved in both the psychic and the paranormal worlds for most of her life. As a paranormal survivor, who lived, many of her young years, in an extremely active haunted house, she witnessed apparitions, ghostly noises, poltergeist activity, paranormal attacks, and more. Since then, Sheena has dedicated herself to relieving the fear and anxiety of others who have suffered the same supernatural fate. She has worked on a variety of television, radio, and film projects, as an intuitive advisor, motivational speaker, spiritual/paranormal expert, and ghost investigator; moderating Q&A’s, hosting live broadcasts, and participating in paranormal/spiritual gatherings in Savannah, GA., Louisville, KY., Montgomery, AL., Sedona, AZ., Dallas, TX. and throughout Southern California. Sheena has been an active member of LAPA (Los Angeles Paranormal Association), PRRS (Paranormal Research and Resource Society), PIHA (Paranormal Investigations of Haunted America), and is the founder, of Surf City Paranormal, along with fellow ghost hunters from her hometown.

As a psychic, she runs her own spiritual practice, based in the Los Angeles area, which emphasizes the motivation/healing of your energetic vibration through spiritual advice, psychic consulting, toxicity cleansing, chakra balancing, and divine guidance. She has worked at numerous entertainment industry events in Hollywood, including the NBC/Universal employee Christmas party and the “50 Shades Darker” premiere. In addition, Sheena has taken part in two reality TV show pilots, one for Telepictures (“Ellen”/”Extra”) and the other for Magical Elves (“Project Runway”/”Top Chef”), the latter of which also starred Jill-Michele Melean (“MADtv”) and Carlos Alazraqui (“Reno 911!”). She has also consulted on numerous national and international unsolved crimes, giving insight on murder and missing persons cases, among other things.

She has hosted the successful social media series, “Living with the Dead,” with Patti Negri, from Travel Channel’s “Ghost Adventures” and “Altared,” with “True Blood’s” Carolyn Hennesy, and currently hosts three shows for the successful video platform, Live Paranormal: “I Am Raising Your Vibration,” “Haunted Playground: After Dark” and “The Soulmate Experience”…all of which feature Sheena’s psychic readings and spiritual experiences. In addition, she has been a guest on countless popular talk shows, including the YouTube sensation, “Good Mythical Morning,” with Rhett McLaughlin/Link Neal, KDOC’s “Carlos and Lisa,” with popular news anchors, Carlos Amezcua/Lisa Remillard, and “Beyond Reality Radio,” with Jason Hawes (“Ghosthunters”)/JV Johnson (Scare-A-Con).

Sheena is a crystal enthusiast and a devotee of their healing properties. She has a signature line of blessed, cleansed, and charged stones, called Good Vibrations, currently featured in her online Vibration Vortex store. In addition, she teaches regular workshops across the United States as a talented advisor and coach. Currently, she offers a series of online webinars featuring a wide range of topics from empath awareness to narcissist recovery, from spiritual protection to vibrational elevation, and from crystal healing to soulmate love. In addition, Sheena is currently working on a series of spiritual self-help books, a meditation CD, an essential oil collection, a deck of oracle cards. Finally, she plans to open her own spiritual center very soon.

As an artist, she has spent most of her life as an: actress, writer, director, comedian, and journalist. Sheena has been a talk radio host for over 25 years in Los Angeles. She has hosted top-rated shows for the then-Howard Stern affiliate station, KLSX (97.1: The FM Talk Station) and the famous LA Talk Radio and now helms two successful shows for the syndicated Live Paranormal radio network (iHeartRadio, Google Podcasts, iTunes, Stitcher, etc.), the spiritual/paranormal “Haunted Playground” and the uplifting “Raising The Vibration.” This year, she began a new video adaptation of

her daily “Sheena Metal Experience” show on the cutting-edge KGRA broadcast network. She has broadcast this show live many times (along with her “Raising The Vibration” show) from the renowned Hollywood Improv over the last ten years. She often teaches both children and adults with physical and intellectual differences for Actors with Autism, Performing Arts Studio West, Meet the Biz, and coaches for Lifeworks’ “Models of Pride,” a weekend of LGBTQI+ mentoring, at the University of Southern California.

Sheena works with many spiritual, humane, and cultural organizations as a philanthropist. She has sat on the Board of Directors for the Harvey Milk Foundation, Ensemble Studio Theatre Los Angeles, the Artemis Women in Action Film Festival, the Lavender Effect, the Moreno Valley Cultural Arts Foundation, SIA Organization, and the Huntington Beach Historical Society. Each year, Sheena directs a celebrity charity production of Eve Ensler’s poignant play, “The Vagina Monologues,” with nearly 100 actresses to raise awareness and money for anti-violence charities. On November 9, 2016, she founded RaisingTheVibration.org a non-profit, movement of peace, love, kindness, and unity, to carry on her mother’s spiritual and humane teachings after her death. It has grown to include: a companion radio show, a daily motivational site, a video broadcast program, an online outreach community, and live events/gatherings.

Sheena believes that all things are rooted in spirituality, that happiness and peace come from within, and that a strong, yet pure, connection to your Higher Power is a crucial element in a productive/balanced existence and a happier, spiritually-enriched, more-connected self. Furthermore, she understands that the Universe is a delicate blend of light and dark energies; and that by surrounding oneself in positivity, optimism, joy, and enlightenment, you can better understand your past/present/future paths, personality and destiny, and, in turn, repel the negativity from your mind/body/spirit, your energetic environment, and the planet.